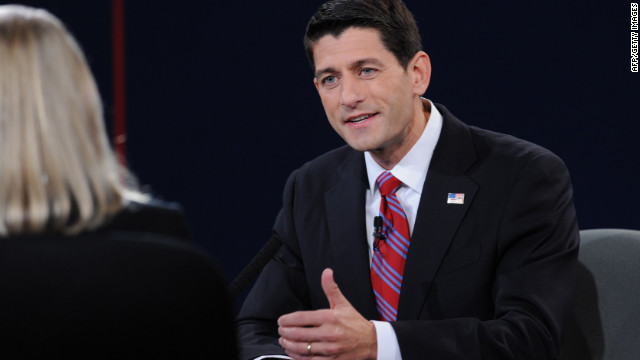 I respect those who disagree with me on this, but one policy of a Romney administration will be to oppose all abortions with the exceptions of a pregnancy resulting from rape, incest and or a pregnancy that threatens the life of the mother. What troubles me more is how this administration has handled all of these issues. “Look at what they’re doing through Obamacare with respect to assaulting the religious liberties of this country. They’re infringing upon our first freedom, the freedom of religion, by infringing on Catholic charities, Catholic churches, Catholic hospitals.” – Paul Ryan, 2012 Vice-Presidential Debate

Let me paraphrase, “I will show my respect for those who don’t agree with me on this by immediately declaring that I will work to impose my belief about abortion on all people.”

If a Romney administration will openly and admittedly announce their intent to impose their religious belief about abortion upon the entire nation; then why should we assume they will stop there? What other religious beliefs are they zealously waiting to impose upon the citizens of the United States? Circumcisions? Fish on Friday? The Sacrament? Exorcisms? Confession? These sound funny but how about Blasphemy Laws?

If religious ideals can be imposed upon our citizens by Christian politicians then they can, by the same mechanism, also be imposed upon our citizens by Muslim politicians… By announcing such intent to the rest of the world, Paul Ryan also announces to all the world’s most zealous minds that their particular religious beliefs can also be imposed upon our people and Mr. Ryan invites exactly that… As with most zealous people throughout history, Mr. Ryan admits, “I don’t see how a person can separate their public life from their private life or from their faith. Our faith informs us in everything we do.” Isn’t this opinion anti-Constitutional on its face?

Our actions are not and should not be predetermined, contrary to what he suggests. If you have to be informed of what to think or how to feel by people who lived thousands of years ago, then you are better suited for society thousands of years ago. An open mind collects the truth, a closed mind collects nothing. Paul Ryan has bluntly announced that his mind is closed and the zeal with which he squelches those who do not share his belief shows the kind of “respect” he intends to show secular voters; by declaring that he intends to make you obey the rules of his Church.

Lance Sievert is the Press Secretary for The National Atheist Party, Atheist, Writer, Philosopher and Activist. Find him on Facebook at www.facebook.com/Lance.A.Sievert